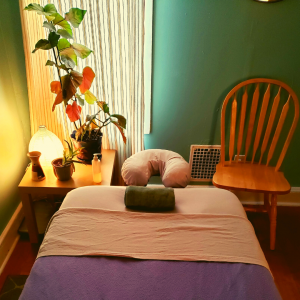 call or text for appointment

Self Care for Back Pain

Science has finally come around to studying massage, sort of:

…Each of the massage groups received 10 weeks of treatment, and at the end of that period, all three groups had some improvement, as measured by their answers to 23 questions about performing routine activities without help — for example, climbing stairs without using a handrail or getting out of an easy chair by themselves. They were also asked to rate the degree of their back pain symptoms on a 10-point scale.

Those who received massage scored significantly better on both symptom and function tests, and they spent less time in bed, used less medicine and were more satisfied with their current level of back pain.

As much as this supports my bias, I have a quibble with studies which look at ‘massage’ as a generic unit, as though it were the functional equivalent of taking a pill. All massages are not created equal, just as every body is unique. There’s as much difference between a rub-down by rote and a master massage as there is between a C-major scale and an encore by Itzak Perlman.

Recently I got a Swedish massage at a local spa, courtesy of Groupon. It was a screamingly frustrating experience. The therapist applied some standard moves to the surface of my skin, regardless of whether the muscles underneath were tense, knotted, spasming, or comparatively relaxed. Areas which needed little attention got far too much of it (why spend 10 minutes frictioning the iliac crest? Because it’s there?) whereas the problem spots felt all the worse for having been teased. The aggregate effect was to bring all my imbalances into sharp relief, and leave me feeling desperate for another massage.

This may be an effective marketing tactic, but it sells massage therapy terribly short. A good massage therapist will be able to feel those knots, adhesions and spasms, and perform any number of targeted actions to release them. As I havewritten at length, the area where a client hurts may not be the actual source of the problem; lower back pain can often be traced to restrictions in the legs, hips, chest and even the feet. Although it’s difficult to figure out where these restrictions might be from an initial assessment, it’s pretty obvious once you get your hands on them.

The article goes on to state, “It is unclear how massage eases back pain, but the researchers suggest it may stimulate tissue locally or cause a more generalized central nervous system response.” Hello? How much more vague can you get?Obviously massage is ‘stimulating tissue locally’ and causing a ‘generalized central nervous system response’ (it’s frequently called ‘sleep,’) but if the researchers can’t pinpoint anything more specific than that, there’s a communication breakdown somewhere. Either they’re not asking the massage therapists any questions, or the therapists themselves aren’t clear about what they’re doing.